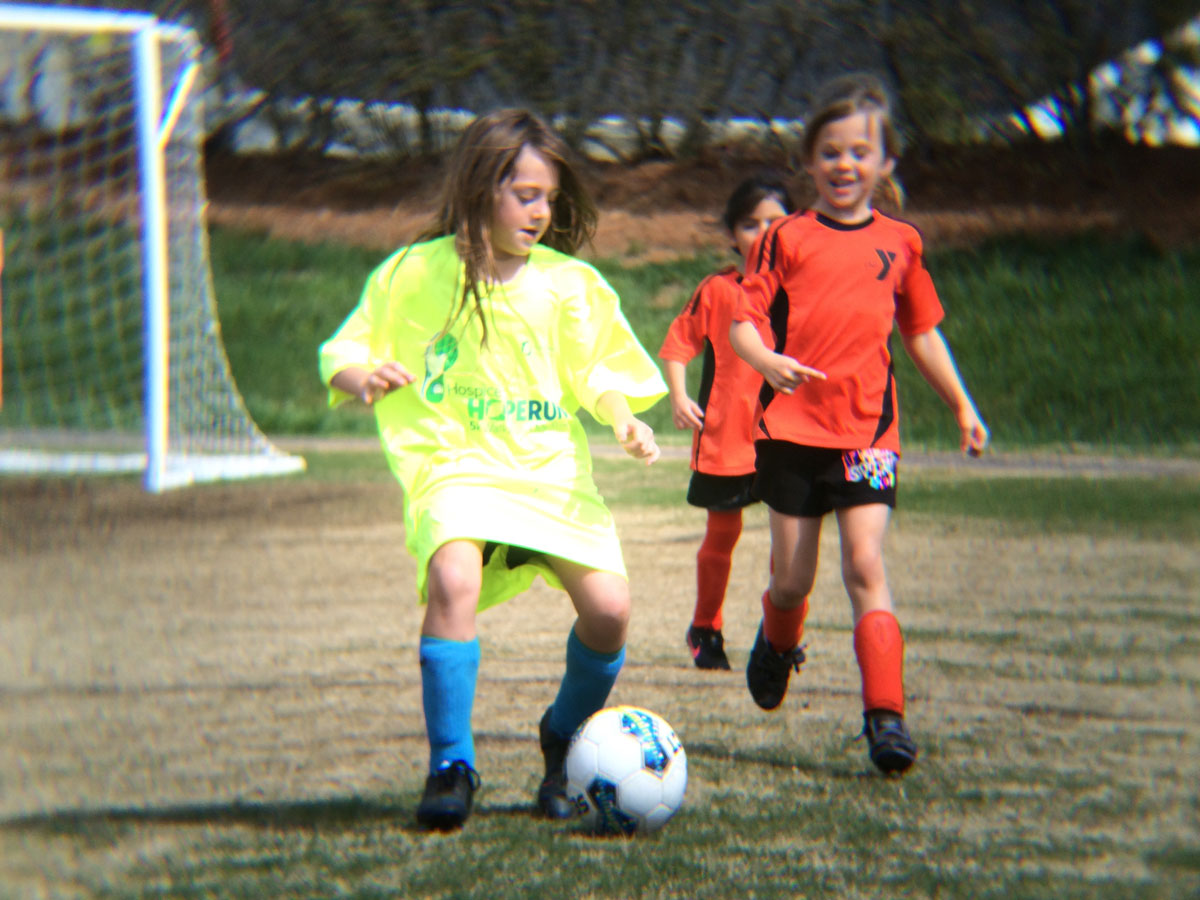 Soccer Saturday was really something this week. As a Dad, I am infinitely proud of both Rory and Rowan. They are powerhouses on the pitch and their consistency and level of play astounds me. But today, I’m writing as a coach.

We are in a Rec League. Sportsmanship, teamwork & education are valued more than “the Win”. I don’t adhere to the “there are no winners or losers” mentality,” however I do believe that wining is secondary to character. My personal rule is that the importance of the match stats are passes, duels won, keeper saves, assists and then goals. Team-play first. That said, every player & parent is fully aware of the score and no one likes to see their kid lose. It’s a balancing act to keep to the values while maximizing your teams potential.

Both Tracy and I have been asked to coach in a “Competitive” league on several occasions, and although I am competitive by nature, I prefer the Rec environment because it allows me to stretch as a coach…and a parent. When it’s all about winning, the choices are easier. But when the life lesson is more important, I have to take risks…and sometimes they really pan out.

We played a team that we had beaten earlier this season. I had coached many of the boys on that team and loved working with all of them. Many of them are extremely talented players. Additionally, their coach is a dad to one of their players…and I had coached his son in the past. They are good people, real soccer players and I enjoy our friendship. Due to weather related cancellations, they had the misfortune of playing back-to-back matches on the hottest day of the season. Ours was the second match. A tough draw for them as my current squad, The Smashers, is as strong as I have ever coached. Our last match ended in a 13-1 blowout in spite of everything I tried to avoid it.

We got off to a quick start with 4 goals coming in the first few minutes of the first half. The way my boys were controlling the space, crossing the ball, and shooting, there was no doubt that we were on our way to a soul crushing victory. It really is awesome to watch a team that has gelled playing with that kind of skill, passion and enthusiasm. As a father I was elated to see my son playing so well. As a coach, I had other considerations to tend to…

After the fourth goal I pulled the starting front back to defense and moved my defenders forward. We held them. I mixed players and positions. We held them. At the half I put Rory in as Keeper and fielded all the newest players at one time. This was going to be a true test because they wouldn’t have the more skilled players to rely on (except for Rory in the box).

They played their hearts out. They had less experience than the other team and we’ve only had the bare minimum of practice together, but they played. There were a few breakdowns in lane accountability and communication that allowed the other team within striking distance. Rory had stopped everything that had come his way, but I had subbed him out at this point to get another player equal field time. It was 4-4.

I had planned on putting in the starting lineup with five minutes left in the game, but I never needed to. With seven minutes left “it” clicked. Our Left Back sent a beautiful ball forward to the Left Wing who lobbed it to the Center…the smallest boy on our team. That boy drove straight down the heart of the pitch and no one could stop him. He then proceeded to use the exact move we had practiced the day before to shake the last defender and bury the ball into the left corner of the net. 5-4.

Our opponent wasn’t done yet. Two possessions later they drove superbly down the field and launched a great effort, but our Goalie stopped it and threw it back into play. The ball was kicked out of bounds and I raised my hand to call “SUB” but as I did, the Ref ended the game (a little early according to my watch).

My boys were ecstatic but held the celebration until after we shook hands. I couldn’t have been prouder of the squad. Everyone had played far beyond their limits, including the starters. My assistant coach records our stats and in spite of me meddling with the lineup, we ended with 44 passes, 12+ Duels won, 6 Saves, 3 Assists & 5 Goals. The Smashers held. The boys celebrated together as equals, all of them were heroes of this game…and I was lucky enough that my gamble had paid off.

What I didn’t know was that the other team thought they had tied us 4-4. Those boys had toughed out a second match and never quit. They were proud of themselves and smiled as they left the field. And because we are a Rec League, there was no scoreboard to take that away from them…and they wouldn’t hear any different from me.